“If I were to come into this world a second time, I would still choose boxing,” Fatma Hajizadeh says, her eyes alight with excitement. She is a Finnish boxing champion, who is originally from Afghanistan.

Fatma arrived from Turkey to Finland with her family through the resettlement system in 2005. The family settled in Rovaniemi, and soon Fatma’s day-to-day was busy with Finnish-language studies, followed by which she graduated as a practical nurse and later as a nurse. Alongside the challenging but rewarding job, Fatma’s core passion – boxing – has been part of her life for many years. She had followed the sport for a long time but did not initially know how to get involved. In 2013, Fatma’s father took her to meet an Iranian coach and, as she says it: “There was no looking back after that.”

“The coach told me that boxing takes a lot of time and commitment. I said that I was more than ready, and I remember him giving me my first gloves and a pair of red shorts. I was very impatient and, after only three months of practice, I wanted to demonstrate my skills and participate in a match,” Fatma laughs.

Thanks to her persistent training, Fatma was accepted into the Rovaniemen Reipas team, where she found belief in her abilities and potential. Fatma practiced and fought as a member of the team for roughly seven years, after which it was time to head to Helsinki to find a new home base. Before her move, Fatma visited a number of teams and coaches in Helsinki to observe the practice sessions. After witnessing Risto Heinonen’s coaching, Fatma knew immediately who her next coach would be.

“I met Risto for the first time in Kajaani when I fought one his trainees. Later on, I watched him lead some practice sessions in Helsinki. I saw what a kind, encouraging and understanding coach he was.” 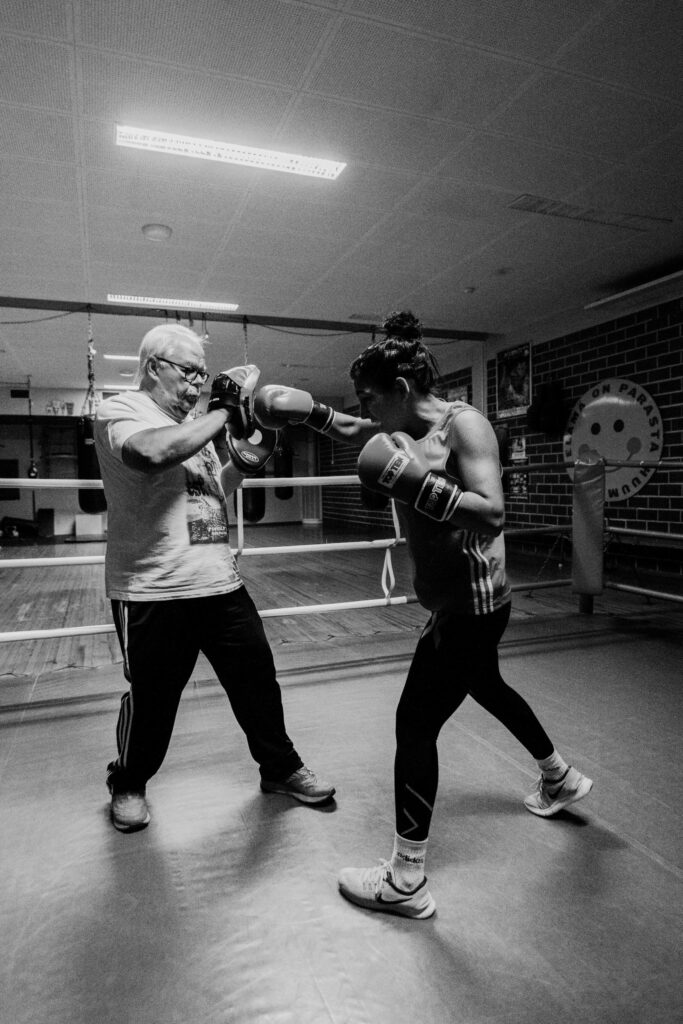 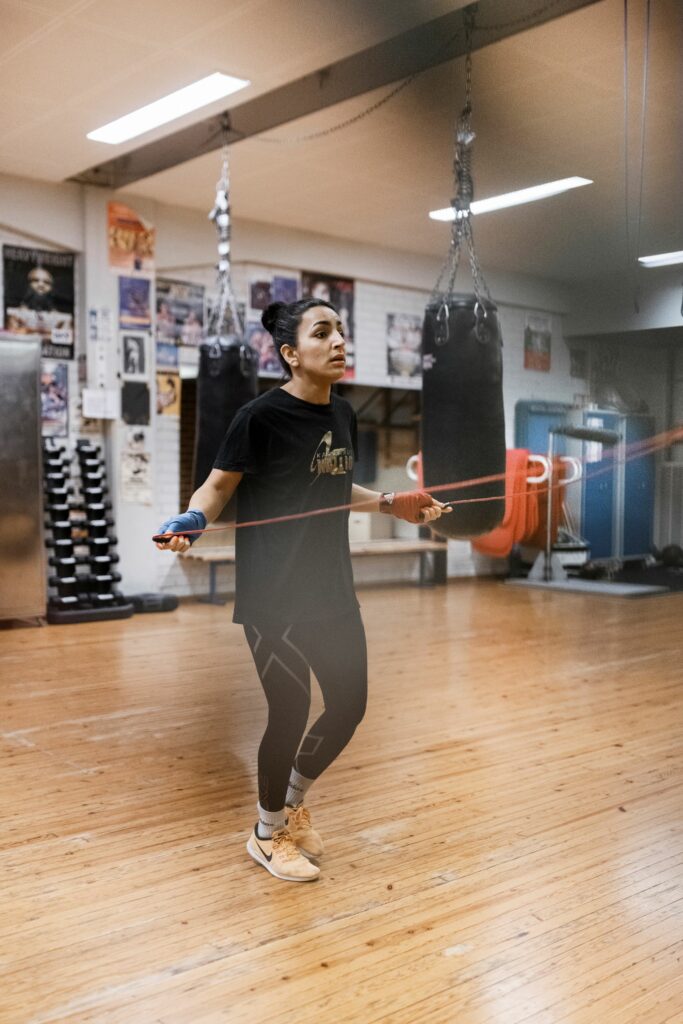 The key is trust and being encountered

Since 2019, Fatma and Risto have trained together and toured in Finland and abroad in Latvia, Sweden, Estonia and Denmark. The shared boxing journey has involved an immense amount of work with both disappointments and victories along the way. No matter the circumstances, the pair’s shared vision and passion have never wavered over the years.

“Fatma is a strong and cheerful person who is always up to accepting challenges. She can also be stubborn sometimes, but that is actually a desirable quality in this tough sport,” Risto laughs.

“That’s true, we do disagree sometimes, but the trust between us is what has made this collaboration possible. During my journey with Risto, he has always supported me no matter what. Once when I was ready to quit, he fortunately talked me out of it,” Fatma recalls.

Risto was also ready to end his coaching career and, as he says it, hang up his gloves. Yet, after meeting Fatma he had the distinct feeling that there was still work to be done.

“I’m very happy he felt that way,” Fatma exclaims happily and adds: “Risto gave me a warm welcome so I felt right at home from the get-go. To him, it didn’t matter whether I was Finnish or foreign, which was very important to me. What solidified the emotional connection was that Risto and his wife came to my final match with Rovaniemen Reipas to cheer me on before my transfer to Viipurin nyrkkeilijät.” 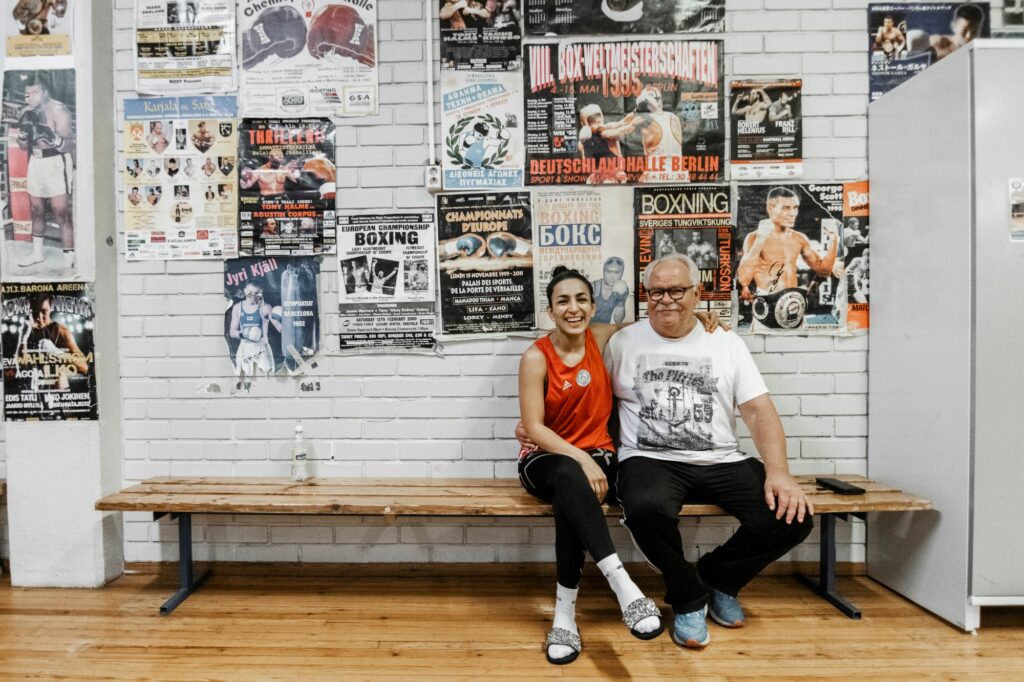 New opportunities in the new society through boxing

When asked why she chose boxing as her sport, Fatma does not hesitate with her answer. Having fled from Afghanistan to Turkey, the family was forced to start from scratch. Once Fatma had eventually made her way to Finland, she felt that boxing gave her courage and confidence in the future. At the same time, it opened doors to sports-related circles and provided the opportunity to succeed.

“Boxing is always talked about as a sport for men. I didn’t experience equality in my home country, so I wanted to show that women, too, are capable of doing anything they want to do. Boxing has taught me how to defend myself, represent women and find my place in a new society.”

Fatma says that boxing has given her a lot but also forced her to give up certain things. The three-shift work as a nurse, six boxing practices a week and competitions on top of that mean that there is little time for the family.

“I don’t have as much time as I would like to spend with my loved ones. That said, I’ve made new friends through boxing and Risto has been like father to me at the boxing gym. Alongside my own career, I run a boxing school for young girls and boys. Despite the things I’ve had to give up, I get to help others, be an example for immigrant women and show that, in an equal country, dreams can come true,” Fatma describes.

“It has been amazing to witness Fatma’s journey as a boxer, what she has gained from it and what others have learned from her. I’m very happy to have shared these wonderful boxing moments with her,” Risto says.

Even though her hand has already been operated on three times, Fatma has not decided when she will end her boxing career. After all, the boxing gym is her second home. Still, both the coach and the boxer are sure of one thing: the cooperation will continue.

Afghans are one of the largest refugee groups in the world. In 2021, there were 2.6 million registered Afghan refugees worldwide. Up to 2.2 million of them live in Afghanistan’s neighboring countries of Iran and Pakistan. A large proportion of Afghan refugees are living undocumented without legal residency in these countries, so the actual number of refugees is estimated to be higher.

People have been fleeing Afghanistan since 1979. In 1995 alone, more than six million people left the country. Over the years, millions of people returned to Afghanistan, but some stayed on permanently. Forced displacement from Afghanistan has been on the rise again in recent years.

The Whole Picture – stories behind immigration project addresses questions of belonging to Finnish society and the importance of interpersonal relationships for integration in a new country. The project also opens the global situation of immigration. Through a photo exhibition and an online campaign, the project, do we see individuals behind the immigration statistics and invites you to explore six different humane stories. The photos and interviews have been collected during the summer and autumn of 2022. 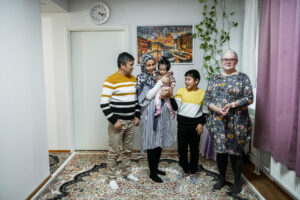 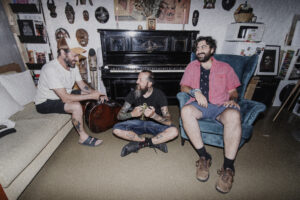 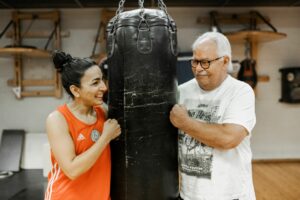 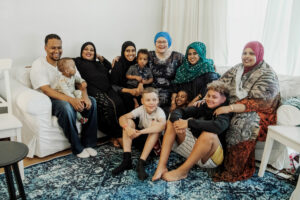 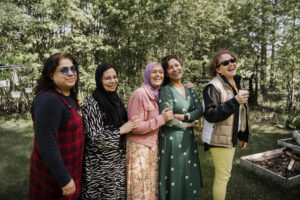 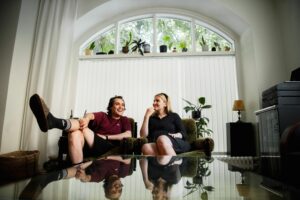 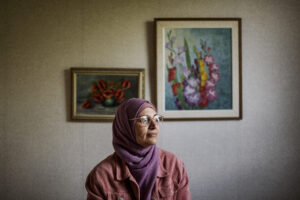