A conflict between the federal government of Ethiopia and forces in its northern Tigray region under the leadership of the Tigray People’s Liberation Front (TPLF) has thrown the country into turmoil. Fighting has been ongoing for a month, destabilising the second most populated country in Africa (approx. 115 million). Hundreds of dead have been reported. The conflict started on 4 November, when Ethiopian Prime Minister Abiy Ahmed – who won the Nobel Peace Prize in 2019 for his role in the peace with Eritrea – ordered a military offensive against regional forces in Tigray in response to alleged attack on a military base. Tensions have been running high for months between the federal government and the TPLF, which was the leading political force in Ethiopia for three decades, until Mr. Abiy took office in April 2018. A power struggle, a regional election held in Tigray in defiance of federal government’s directives and a push for political reform are among the several factors that eventually led to the conflict escalation. Given the strength of Tigray’s security forces, the conflict could last long and, unless urgently halted, its consequences could be devastating not just for the country, but for the entire Horn of Africa.

A humanitarian crisis is already in the making. UNHCR has reported that more than 50,000 people have crossed the border with Sudan as of 30th of November; the demand for humanitarian aid, nutrition, and family tracing is on the rise, but currently the capacity to respond is constrained and refugees’ most urgent needs not fully met.

Serious concerns have been raised about the growing number of displaced persons in Tigray and about the security of civilians severely affected by the fighting; there are reports of civilians getting caught in the crossfire of the siege of Tigray region’s capital, Mekele; thousands of people have been isolated from the rest of the country and means of communication interrupted.

Tigray region also hosts approximately 96,000 Eritrean refugees sheltered in four camps. UNHCR and the humanitarian agencies operating in the region have reported that their ability to provide humanitarian assistance to them is being highly constrained and the conflict has led to food and water shortage. In additon to the reported deaths of civilians, also humanitarian aid workers were killed during fighting in Tigray Region last November. The Danish Refugee Council (DRC) reported the deaths of three security guards, while the International Rescue Committee (IRC) said one of its staff members had been killed.

Even prior to the Tigray conflict political instability and increased frequency of extreme weather events – making the region even more prone to droughts and under threats by recurrent swarms of locusts – have made the whole area extremely vulnerable. A much larger population might face serious food insecurity risks and neighbouring countries be involved in the conflict if adequate mitigation actions will not be promptly taken.

We, the Finnish Refugee Council, just started our operations in Ethiopia to assist South Sudanese refugees in Gambella Region, in the west of the country. We are closely monitoring the developments of this dramatic crisis. As of right now, our work in Ethiopia remains unaffected. 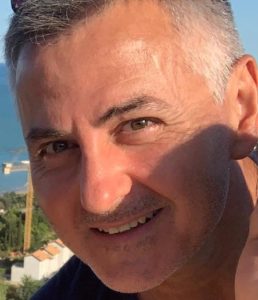